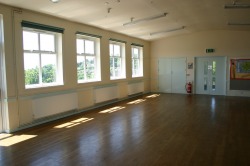 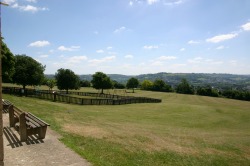 The hall is situated at the top of the village playing field and enjoys spectacular views across Strouds five valleys.  A well equiped modern playground is available for the children to enjoy.